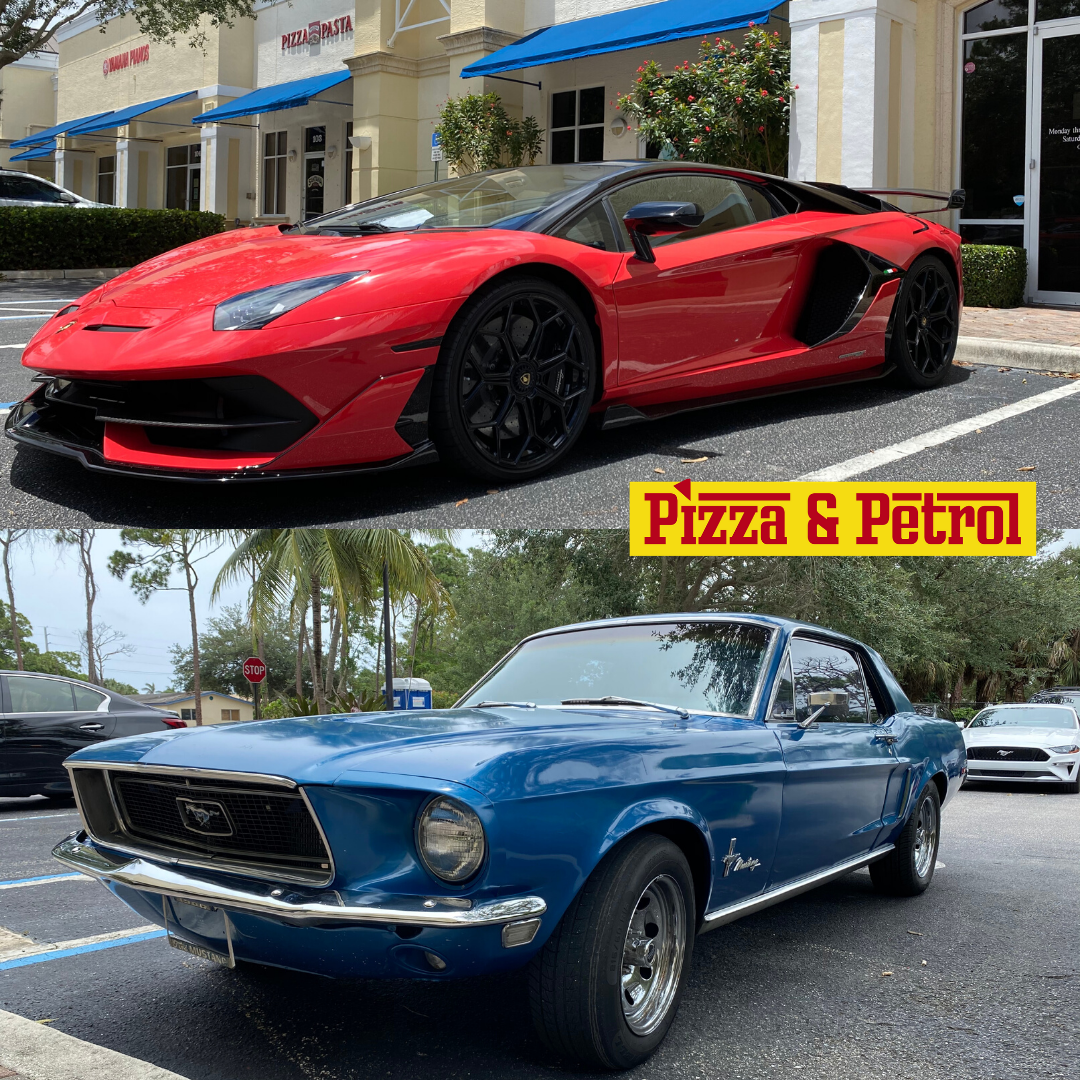 Pizza and Petrol started off as just an idea I had with a friend of mine. We both love cars and realized that there was nothing in Jupiter or its neighboring northern counties that really encompassed car enthusiasts’ interests. So we gave it a try one Saturday; pizza slices, drinks, beer, etc. Let’s have fun with it and get to know people in the community.

The first Saturday, a few cars (and drivers) showed up and we had a great time. The second Saturday, we had a lot more cars, including a Lamborghini. By the fourth week the ball really started rolling. People began to see that this was an event for anyone driving anything to show up, eat good food, and meet great people. After meeting and reaching out to various people within the neighborhood, by our sixth Saturday and onward, we have constantly had 25 plus cars show up.

The word is getting out and people are taking notice; even from some of the bigger car meets down south. It’s a great time to see and get ideas from local tuners who have modified and personalized their car, bike, or truck. What makes this so attractive is its laid back and simple atmosphere, which is the basis of why we started it... people enjoying their time, eating great food, and making connections.

We hope to see you and your car at one of our Pizza and Petrol events that happen every Saturday from 12pm-2pm at Santana Jupiter. Gain insight and trade stories. Above all, make new friends and enjoy some great food!